Salinger, J. D. "The Catcher in the Rye" 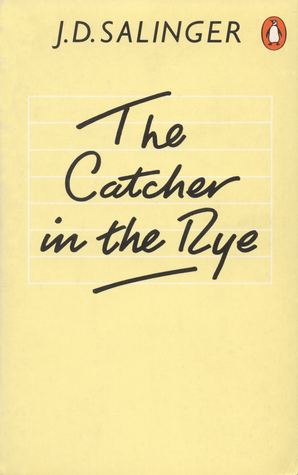 I read this classic when I was still in school. The perfect age to read about a rebellious teenager, one would think.

I didn't have a lot of books when I was little, so I had to borrow from our small village church library and our equally small school library (compared to today), so I wasn't very choosy, I would read whatever I got.

I didn't have much sympathy with Holden Caulfield, maybe because I went to a school with a lot of guys, was surrounded by a lot of guys at home, as well, maybe. I loved school and couldn't imagine anyone not to. So many factors.

Comments from our book club members:
Those are some great insights. Maybe one of the reasons for not liking the book was that he had all the possibilities I didn't have as a girl from a poor family who couldn't get much of a higher education for so many reasons.
This was also our book club read in May 2021.

From the back cover:
"Since his debut in 1951 as The Catcher in the Rye, Holden Caulfield has been synonymous with "cynical adolescent." Holden narrates the story of a couple of days in his sixteen-year-old life, just after he's been expelled from prep school, in a slang that sounds edgy even today and keeps this novel on banned book lists. It begins,
'If you really want to hear about it, the first thing you'll probably want to know is where I was born and what my lousy childhood was like, and how my parents were occupied and all before they had me, and all that David Copperfield kind of crap, but I don't feel like going into it, if you want to know the truth. In the first place, that stuff bores me, and in the second place, my parents would have about two hemorrhages apiece if I told anything pretty personal about them.'
His constant wry observations about what he encounters, from teachers to phonies (the two of course are not mutually exclusive) capture the essence of the eternal teenage experience of alienation."
Posted by Marianne at 20:28