Guterson, David "The Other" 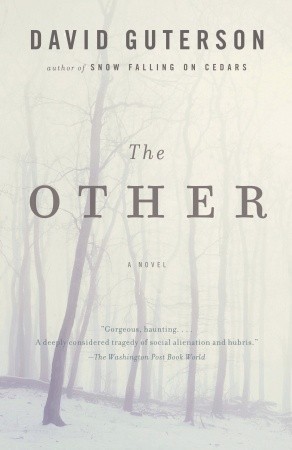 The story of the prince and the pauper, two boys with completely different backgrounds, what is going to happen to them in their lives, the wealthy, elitist John, the working man's son Neil.

Another very interesting book by David Guterson after "Snow Falling on Cedars", "East of the Mountains" and "Our Lady of the Forest". Great writing, another, almost philosophical attempt to explain how our past can form our future but that our present shapes it even more. Fantastic.

Looking forward to his next story, it's been a while.

"Seattle, 1972: two teenage boys are standing at the start line of an 800m race. Neil Countryman is from the public high school in the north of the city. He slumps at his desk all day and gets high in the park at lunchtime, and wears a moustache that makes him look like the guy in the Camel cigarette ads. John William Barry is from Lakeside, a private academy for the more privileged of Seattle's youth. He is an earnest, fiery young man, and his family background is one of material wealth and emotional deprivation. As John William wins the race by a hair's breadth, their lives collide for the very first time, and it is the beginning of a friendship that is both fraught and intimate. Both boys have a taste for the wilderness, and they explore together the most remote areas of the mountains, the places ignored by guidebooks, where tracks and roads fade to nothing and all that can be seen is an endless unbroken density of trees. But as they grow older, John William's intense intelligence and craving for isolation mark him out as an eccentric, and as Neil begins to accumulate the more conventional comforts - a wife, a steady job - their lives begin to take radically different paths. Eventually, John William is to retreat permanently into his own self-made wilderness, and in doing so presents his oldest friend with a gift which will change his life for ever, bringing them both a notoriety that Neil had neither dreamed of nor hoped for. A moving exploration of the mixed blessings that friendship can bring, and the choices we make about how to live our lives in the twenty-first century, The Other is an extraordinary novel from a masterful storyteller."
Posted by Marianne at 19:19