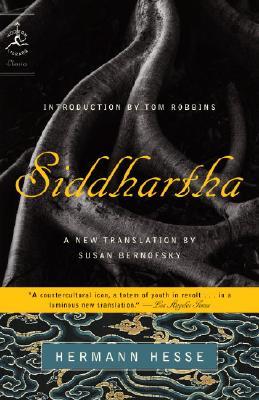 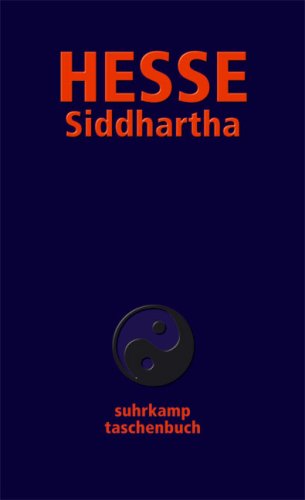 This is by far my most favourite Hesse story. Maybe because it is so much more positive than his other books, despite the subject. But I don't think that is it. I think he has given this book a lot of thought and describes the voyage any young person has to make all over the world, not necessarily the same way as our protagonist Siddartha but we all have to find our goal, our meaning of life, our meaning in life.

In ancient India, Siddhartha, the son of a Brahmin, the highest caste, becomes an ascetic. Together with a friend he wants to find the enlightenment. We accompany him on his quest.

The story might be set in ancient times and in a country quite far from Hesse's native Germany but it could have been anywhere and at any time. The author himself actually lived like his character, searched for the meaning of life in Hindu and Buddhist scriptures.

This philosophical novel has a very lyrical writing style. I really enjoyed reading it. (i.e. the German original.)

It would be great if everyone read this book at least once in their life, the earlier the better. And I am sure everyone will enjoy it, no matter whether they belong to a religion, any religion, or not, whether they believe in a higher being or not. Because this is not a book about Buddha, God or religion, it is a novel about our soul.

Two quotes from Siddhartha:
“Wisdom is not communicable. The wisdom which a wise man tries to communicate always sounds foolish... Knowledge can be communicated, but not wisdom. One can find it, live it, do wonders through it, but one cannot communicate and teach it.”
“When someone is seeking ... it happens quite easily that he only sees the thing that he is seeking; that he is unable to find anything, unable to absorb anything ... because he is obsessed with his goal. Seeking means: to have a goal; but finding means: to be free, to be receptive, to have no goal.”

Book Description:
"Siddhartha is perhaps the most important and compelling moral allegory our troubled century has produced. Integrating Eastern and Western spiritual traditions with psychoanalysis and philosophy, this strangely simple tale, written with a deep and moving empathy for humanity, has touched the lives of millions since its original publication in 1922. Set in India, Siddhartha is the story of a young Brahmin's search for ultimate reality after meeting with the Buddha. His quest takes him from a life of decadence to asceticism, from the illusory joys of sensual love with a beautiful courtesan, and of wealth and fame, to the painful struggles with his son and the ultimate wisdom of renunciation."

I also read "Steppenwolf" by the same author.

Hermann Hesse received the Nobel Prize for Literature in 1964 "for his inspired writings which, while growing in boldness and penetration, exemplify the classical humanitarian ideals and high qualities of style".

I contribute to this page: Read the Nobels and you can find all my blogs about Nobel Prize winning authors and their books here.
Posted by Marianne at 23:59