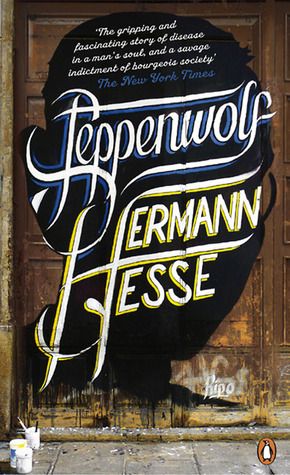 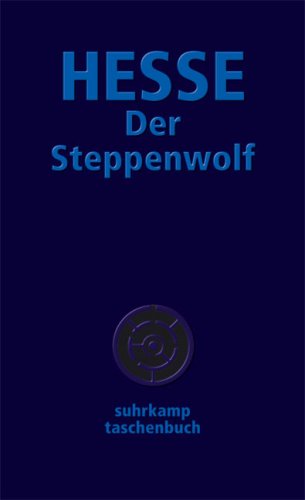 I like Hesse. However, I had a hard time getting through this one. Apparently, Hesse was going through a very tough time in his life. And it shows. It's not the writing that makes it hard, it's the content. Trying to follow this guy's life is hard and probably shouldn't be attempted if you are in a tough spot yourself.

Is it possible at all to understand someone in such a mental state if you are not in the same one (or have never been in it)? Or is it better to read it if you're not in that state? Because I can imagine that it won't improve exactly if you are feeling down yourself at the moment.

I enjoyed "Siddhartha" a lot better.

This was discussed in our online book club in December 2017.

"Harry Haller is the Steppenwolf: wild, strange, shy and alienated from society. His despair and desire for death draw him into a dark, enchanted underworld. Through a series of shadowy encounters – romantic, freakish and savage by turn – the misanthropic Haller gradually begins to rediscover the lost dreams of his youth. This blistering portrayal of a man who feels himself to be half-human and half-wolf was the bible of the 1960s counterculture, capturing the mood of a disaffected generation, and remains a haunting story of estrangement and redemption."

Hermann Hesse received the Nobel Prize for Literature in 1964 "for his inspired writings which, while growing in boldness and penetration, exemplify the classical humanitarian ideals and high qualities of style".

I contribute to this page: Read the Nobels and you can find all my blogs about Nobel Prize winning authors and their books here.
Posted by Marianne at 00:00