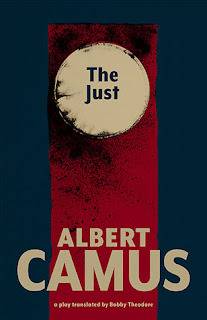 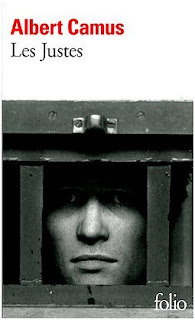 I'm not the biggest fan of reading plays but I love Albert Camus. And what should I say, this almost read like a novel. It probably helped that it was about a subject I am very interested in. Apparently, this is based on real social revolutionaries.

The big philosophical question of the play is: Can you kill for the sake of revolution? Is it just or is it still murder? Do you kill a few in order to save thousands or even more? It's for you to decide.

Not just with the location, also with the subject and the way he asks the questions, does he remind me of my favourite Russian authors, Dostoevsky and Tolstoy.

In any case, this book leaves us with a lot to ponder about. Perfect.

"Camus’s The Just (Les Justes) is a five-act play based on the true story of a group of Russian revolutionaries who assassinated Grand Duke Sergei Alexandrovich in 1905. First produced in 1949, The Just is a significant, eerily resonant, moving, and highly theatrical work. With a humanist perspective, Camus delves into the hearts and minds of five idealists who each grapple with a heinous choice and ultimately commit murder, in the name of justice. Now, more than ever, the play provokes and reverberates with a troubling yet necessary line of inquiry. Do the ends justify the means? Is terrorism ever a viable choice? What is the true cost of resistance? What is the difference between a freedom fighter and a murderer?

What The Just makes so compelling and haunting is the way Camus uses clearly drawn characters to tell such an intimate yet horrific story. He completely understands and sympathizes with his characters but never apologizes for their actions. And although it was written more than fifty years ago and set in another era, The Just feels entirely contemporary and vital. In this play, Camus attempts to understand what it would require to take violent action and assassinate someone in power yet somehow maintain a sense of justice and morality. Is this even possible?"