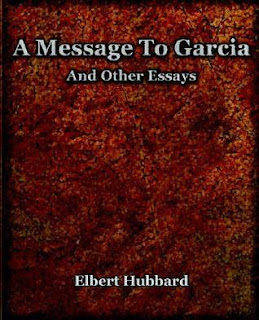 Another book that has been on my TBR list for ages and came out of hiding due to the Classics Spin. 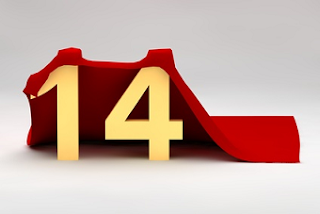 When I started reading this, I knew why I hadn't been too keen on it. It's one of those "self-help", "holier than though", "if only everyone would read this, it would solve all the problems in the world" books.

I do understand the message. We all should do what our tasks are without having to be guided for every little thing. And I agree. But this kind of book doesn't help anyone. In a nutshell, a man called Rowan was supposed to be the true hero of the Spanish-American war in Cuba, because he accepted with no questions the order to carry an important message to Garcia. He didn't know how to reach General Calixto García, but he brought him the message nevertheless.

This may all be good in the military, to follow a task without questioning but in any job I had, my employers expected me to think and also tell them if their order was wrong.

Anyway, I'm glad this was such a short book, I doubt I would have finished it. It read more like political propaganda than the trial to help. I think this is terribly outdated and should definitely not be reprinted.

Quote: "The greatest mistake you can make in life is to be continually fearing you will make one."

And then I found this on Wikipedia:
"The phrase "The graveyards are full of indispensable men" may have originated with Hubbard
He and his second wife, Alice Moore Hubbard, died aboard the RMS Lusitania when it was sunk by a German submarine off the coast of Ireland on May 7, 1915."

"A Message to Garcia has carried its simple message of hard work, integrity, and dependability to readers around the world for over 100 years. As one of the keystones of American self-improvement literature, this short celebration of the diligence and loyalty shown by one man is truly a life-changing classic that demands to be read again and again.

A Message to Garcia is an inspirational essay written by Elbert Hubbard. It was originally published as a filler without a title in the March, 1899 issue of the Philistine magazine which he edited, but was quickly reprinted as a pamphlet and a book. It was wildly popular, selling over 40 million copies, and being translated into 37 languages. It also became a well-known allusion in American popular and business culture.

The essay celebrates the initiative of a soldier who is assigned and accomplishes a daunting mission. He asks no questions, makes no objections, requests no help, but accomplishes the mission. The essay exhorts the reader to apply this attitude to his own life as an avenue to success. Its wide popularity reflected the general appeal of self-reliance and energetic problem solving in American culture. Its 'don't ask questions, get the job done' message was often used by business leaders as a motivational message to their employees."