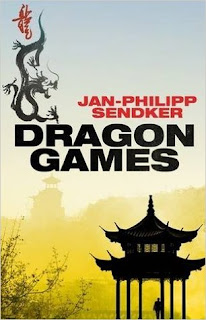 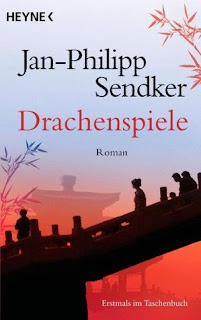 If you liked "Whispering Shadows", you already know Paul and his family and will want to know how their story goes on. If you like books about China, expats, crime stories, you will love this series which already has a third book (The Far Side of the Night).

This is an interesting book about the life not just of foreigners in China but also about the lives of people both in urban and rural China. Paul and Christine visit her ancestor's village after receiving some disturbing news. Here they find the clash between the people in the village and the greed of a large company, the corruption of politicians. Yes, we all know those plots but Jan-Philipp Sendker has a great talent to describe it.

Like in all his other books, the author is able to tell both the story as well as describing the background. He has a wonderful way with words, you can tell he is a journalist.

I could well imagine that one day someone will make a film out of this.

I am definitely looking forward to reading his next books which will probably be the sequels to his Burma story, "The Art of Hearing Heartbeats".

"Paul Leibovitz is 53, living in Hong Kong, deeply in love with the city, its culture, and most of all, Christine. When a fortune teller predicts the death of someone she loves, however, the pair are once again thrust into the murky criminal world of Hong Kong and forced to fight for their lives. We learn the details of Christine's dark family history which is mired in the horrors and iniquities of Mao's cultural revolution and now her brother and his family who are living in rural China are victims of a very modern ecological scandal that is every bit as terrifying as past atrocities."