This week's topic is Halloween Freebie

I have done a Halloween TTT before (see here).
So, I'm going down the "Freebie" line.

Don't you think about food in the colder months? I know most people eat a lot more once the sun isn't there all the time and families gather for celebrations.

So, this is my topic this week. Books with food on their cover. 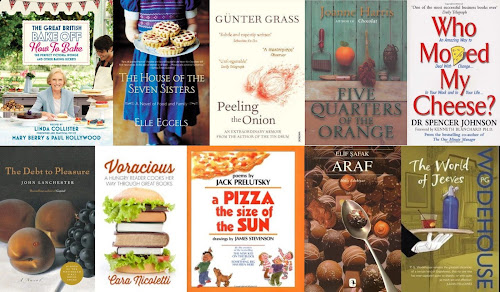 This looks like an international feast, after all, there are British, American, Turkish, Dutch and German books. "Guten Appetit", as we say in German.

I'm looking forward to seeing what others come up with. Do you have other books with food on the cover?
Posted by Marianne at 13:29