Top Ten Tuesday ~ Books with Maps On the Cover

I love geography and have always loved maps. And I was sure I'd find at least 10 books with maps on their cover. So, here is what I found. 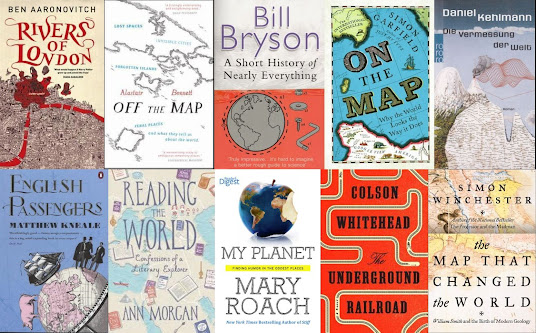 Bryson, Bill "A Short History of Nearly Everything" - 2003

Morgan, Ann "Reading the World. Confessions of a Literary Explorer" (aka The World Between Two Covers: Reading the Globe) - 2015

Winchester, Simon "The Map that Changed the World" - 2001

There we are, some maps of the earth, some street or town maps, a globe, anything a map lover likes. I'm looking forward to seeing what other bloggers chose.