This week, our topic is a Freebie.

Do yourself a favour and head over to Jana's Ukrainian TTT. She has a wonderful list of Ukrainian artists. A good way of supporting them.

I had an idea lately when I did another TTT and that is what I choose for today. People always talk about the weather and there are plenty of books that mention the sun, the snow, the rain. Here are my examples: 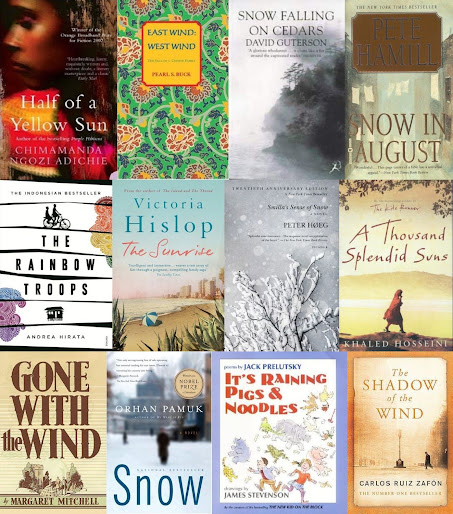 
I'm sure many of you have read books with some kind of weather-related title. I would love to hear about them.