García Márquez, Gabriel "Love in the Time of Cholera" 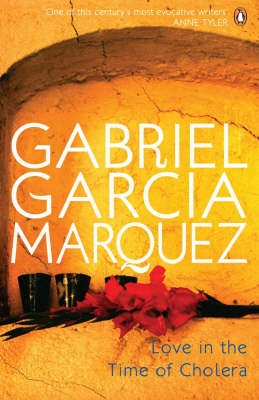 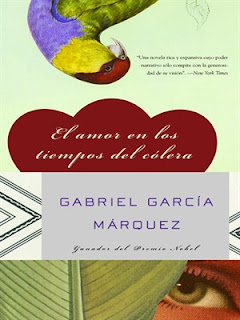 We discussed this book in our book club and we came to the conclusion that it is difficult for us Western European women to understand a Latin American man. We found it a little slow or even hard at the beginning, didn’t understand why we needed the first part because Jeremiah de Saint-Amour, the photographer didn’t have anything to do with the story. And we didn’t understand why the doctor was so mad about him when he had an affair himself.

Anyway, I liked this novel and so did most of our members. We liked the style of the book but not the characters which made it difficult to like the book on the whole. We still hate it when a woman doesn’t have control of her life.

The writing was great, the imagination marvellous, the characters were described very lively, the details amazing. The author is obviously a great storyteller. Right, I didn’t agree with their lifestyle but that doesn’t mean they have to be entirely unsympathetic. And they were all looking for the "Great Love". We all agreed that we were not sure there is just one person you can have a wonderful life with. There were many kind of loves: infidelity, unrequited, passionate, long standing marital love.

I guess that does make this book a love story - and certainly one of the greatest ever written.
Since we were interested, one of our members looked up the diagnosis of cholera and there are similarities between love and the disease.

This novel was written from within in the Latin American culture, from the male perspective, we could not see a woman writing that. However, we did not regret reading it even though it was not what we expected. This is certainly a book to pick up again and to recommend to other book clubs.

We all agreed the most realistic part was when he talked about old age.

Apparently, the movie is one of the closest depictions of the book.

"Fifty-one years, nine months and four days have passed since Fermina Daza rebuffed hopeless romantic Florentino Ariza's impassioned advances and married Dr Juvenal Urbino instead. During that half-century, Florentino has fallen into the arms of many delighted women, but has loved none but Fermina. Having sworn his eternal love to her, he lives for the day when he can court her again.
When Fermina's husband is killed trying to retrieve his pet parrot from a mango tree, Florentino seizes his chance to declare his enduring love. But can young love find new life in the twilight of their lives?"

We would like to read more about South America by other authors. Should be interesting.

My first García Márquez novel was "One Hundred Years of Solitude" which I still prefer over this one.

We discussed this in our book club in November 2008.

I contribute to this page: Read the Nobels and you can find all my blogs about Nobel Prize winning authors and their books here.
Posted by Marianne at 17:18