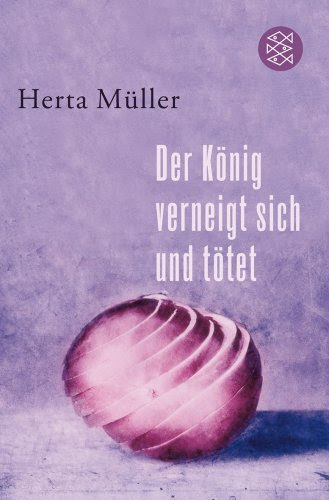 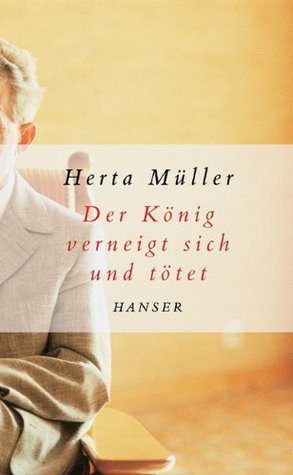 Herta Müller grew up in the German speaking part of Romania. Everything anyone in the German minority owned before World War II was confiscated, her grandfather had been a rich landowner and merchant, her father worked as a truck driver. When Herta Müller started writing about her life and the repressions imposed on the people in Romania, she became a case of the “Securitate”, the secret police. She left for Germany in 1987 where she continued publishing further books which were not translated into Romanian and not available in Romania
.
This book is a collection of several essays and it draws a picture of a life in a dictatorship. It is probably the closest to an autobiography that the author has written.

"Herta Müller is one of the greatest writers and most powerful narrators of contemporary German literature, and books such as 'Herztier' and 'Der Fuchs war damals schon der Jäger' have earned her international fame, too. With 'Der König verneigt sich und tötet', Herta Müller examines the political and historical conditions of her own art. Until she emigrated to Germany, her linguistic and political consciousness was formed in the Romanian dictatorship of Ceaucescu. Language is at the centre of all her reflections: language as a tool for exerting power and suppression but also as a means of resistance and self-assertion against totalitarianism.

Her reflections, however, also include memories of childhood and the family where German was spoken. An impressive, sharply contoured picture of a life under absolute control emerges - to which Herta Müller responded by choosing the freedoms of literature."

Herta Müller "who, with the concentration of poetry and the frankness of prose, depicts the landscape of the dispossessed" received the Nobel Prize for Literature in 2009.

I contribute to this page: Read the Nobels and you can find all my blogs about Nobel Prize winning authors and their books here.
Posted by Marianne at 18:02