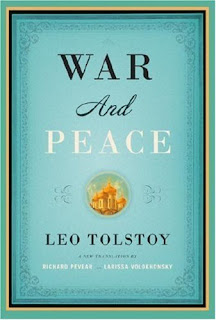 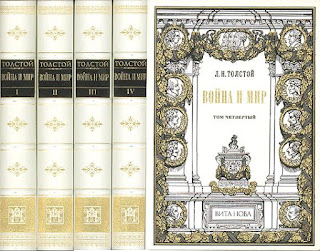 Another wonderful classic. Tolstoy has a brilliant way of describing not just single people but a whole generation of people, in this case both civilians and military. It's not just the story itself, his musings about the historical background, philosophy, religion, are all very worth reading.

I know a lot of people who get confused with the characters having different names but if you really have a problem with this, make yourself a list of the characters (or look for one on the internet). This story is just too good to be dismissed because of some names you cannot remember.

This book has over 2,000 pages but it's definitely a MUST READ.

"From the award-winning translators of Anna Karenina and The Brothers Karamazov comes this magnificent new translation of Tolstoy's masterwork.

War and Peace broadly focuses on Napoleon’s invasion of Russia in 1812 and follows three of the most well-known characters in literature: Pierre Bezukhov, the illegitimate son of a count who is fighting for his inheritance and yearning for spiritual fulfillment; Prince Andrei Bolkonsky, who leaves his family behind to fight in the war against Napoleon; and Natasha Rostov, the beautiful young daughter of a nobleman who intrigues both men.

As Napoleon’s army invades, Tolstoy brilliantly follows characters from diverse backgrounds - peasants and nobility, civilians and soldiers - as they struggle with the problems unique to their era, their history, and their culture. And as the novel progresses, these characters transcend their specificity, becoming some of the most moving - and human - figures in world literature."
Posted by Marianne at 13:27