Trojanow, Ilija "The Collector of Worlds" 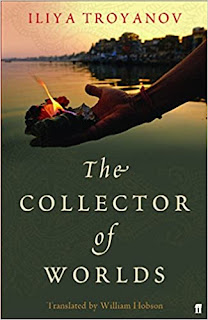 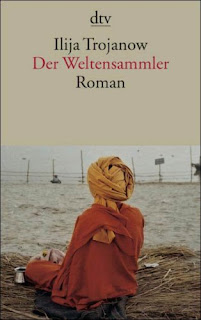 A wonderful description of life in different worlds at a different time, India, Arabia, Africa. The author has lived in those cultures himself and knows a lot about it.

"'The Collector of Worlds' is a meditation on the extraordinary life of infamous explorer Sir Richard Burton. The first westerner to make the hajj to Mecca, he also discovered the source of the Nile with Speke. His translation of the 'Arabian Nights' is one of the great moments in the encounter between Islam and the West, that scandalised his contemporaries with its salty eroticism. Troyanov's novel does full justice to this great, controversial mediator between cultures. The book imagines his encounter with India as a young officer, and brings to life his trials and travels through the eyes of his Indian servant, the Sharif of Mecca and the former slave who guided Burton to the Nile."

Some of our members didn't like the book, they found it too difficult or boring, to start, too many details (which is what I loved.) Some weren't interested in India or colonialism.

However, quite a few liked it, and I was one of them. It is a wonderful book trying to explain how to understand people in depth. Okay, we might not have liked Richard Burton personally, but I really admire what he did, how he could immerse into the different characters, different cultures, how easily he learned all those different languages, he certainly can be described as enigmatic. You get such an insight into so many different cultures, it's so captivating, fascinating. (The translation was also praised, apparently, the translator did a fabulous job, kept the beauty of the language and the words. I cannot judge this because I read the German original.) The author writes very descriptive, picturesque with humour, the book is beautifully written.

If you enjoy books where you immerse yourself into a book, this is for you. It is incredibly eventful. I never heard of Burton before and was quite intrigued about finding out more. He remains such a mysterious picture.

The questions also came up how much of Richard Burton was the author? Who is Richard Burton? An undiscovered continent, he takes on every type of culture, brilliant man. He was looking for God in all the different religions.

We discussed this in our book club in April 2010.

If you want to know more, there is a wonderful non-fiction book with a lot of illustrations and pictures, available in German only, unfortunately: