Powers, Charles T. "In the Memory of the Forest" 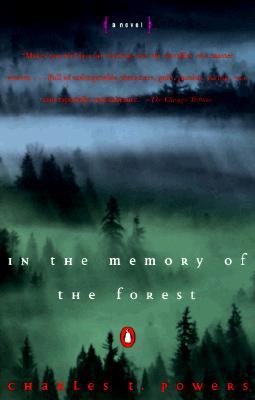 Someone suggested this for our book club but it was not chosen. Unfortunately. It is a wonderful book.

Charles Powers worked in Poland, therefore he knows what he is talking about. The novel talks about Poland after the Second World War, about the skeletons in the closet, if you wish. A community tries to forget its past, its involvement in the Holocaust. It tells the story of ordinary people trying to survive in an ordinary world.

This novel would interest anyone who likes murder mysteries, war stories, historical fiction, psychological subjects, it is very versatile. The forest also plays a major role, in many different kind of ways.

Charles Powers died in 1996, so, this is the only novel he wrote, sadly.

"When the body of Tomek, a young distillery worker, is found brutally murdered in the forest outside Jadowia in Poland, his boyhood friend, Leszek, decides to uncover the mystery behind Tomek's death. Assuming the role of amateur sleuth, Leszek embarks on a clue-finding mission that takes him from country to city, into the grimy offices of once-powerful bureaucrats, and face-to-face with the Catholic Church's pious and impotent priests. And as Leszek moves closer to the truth, he is confronted with another strange mystery: the disappearance of stones from the foundations of the town's oldest houses. The further Leszek is drawn into this mystery, the deeper into the past he must search for answers about his people, the grim tragedy of the Holocaust, and ultimately, his own identity. In the Memory of the Forest is a haunting, evocative novel that explores the impact of a murder on a community, and of history and the fate of the Jews in Poland during World War II on a people. "
Posted by Marianne at 20:13