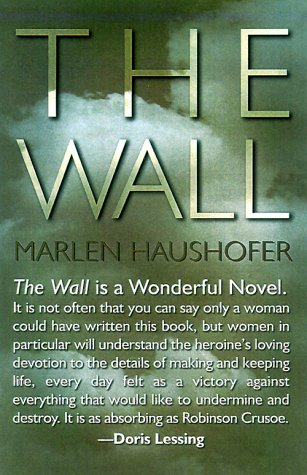 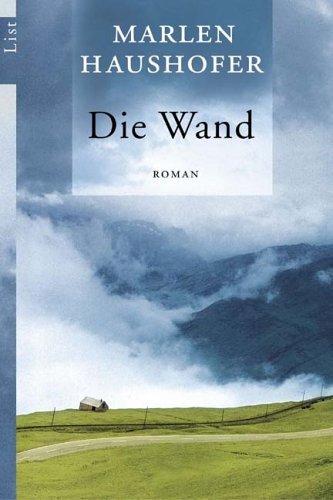 I know this is a book I will never forget. One of the few German books that have been translated into English, it truly deserves this. The author died in 1970 at the age of fifty.

The novel is about a woman who wakes up one morning only to find out there is an invisible wall around the house in the mountains where she has spent the night. Her friends have not returned from a visit to the village, so she starts investigating the area left to her. Something terrible must have happened, all life - except hers and her animals - seems to have vanished. The woman describes her hunt for food, her fight for life on scraps of paper.

The author has a great way of describing the life of this isolated woman. Even though we are not in this situation and we don't even get to know why she did, the heroine sends us a message about the meaning of life. A very good read.

From the back cover:
"'I can allow myself to write the truth; all the people for whom I have lied throughout my life are dead…' writes the heroine of Marlen Haushofer’s The Wall, a quite ordinary, unnamed middle-aged woman who awakens to find she is the last living human being. Surmising her solitude is the result of a too successful military experiment, she begins the terrifying work of not only survival, but self-renewal. The Wall is at once a simple and moving talk - of potatoes and beans, of hoping for a calf, of counting matches, of forgetting the taste of sugar and the use of one’s name - and a disturbing meditation on 20th century history."
Posted by Marianne at 12:51