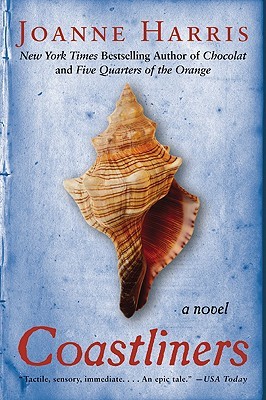 If you have read any of the other books by Joanne Harris, you will probably expect recipes. Well, there are none. Although it still is her style, she describes a French village, a woman who returns there after having lived in Paris for ten years and is confronted with her past. So, nothing new there. But the story is very interesting, you can't wait to find out what happened, how everything will turn out.
Nice read.

"On the tiny Breton island of Le Devin, life has remained almost unchanged for over a hundred years. For generations, two rival communities have fought for control of the island's only beach.

When Mado returns home ot her village after a ten-year absence, she finds it threatened, both by the tides and by a local entrepreneur. Worse, the community is suffering from an incurable loss of hope. Taking up the fight to transform the dying village, Mado must confront past tragedies, including the terrible secret that still haunts her father."

I also read "Chocolat" and "Five Quarters of the Orange", and "Blackberry Wine".
Posted by Marianne at 19:34