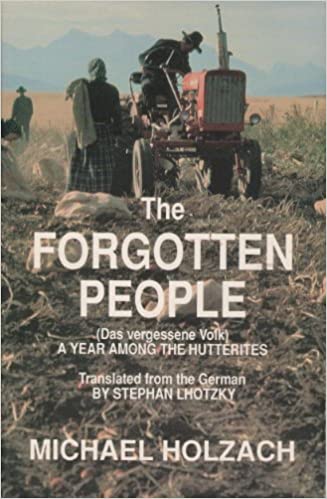 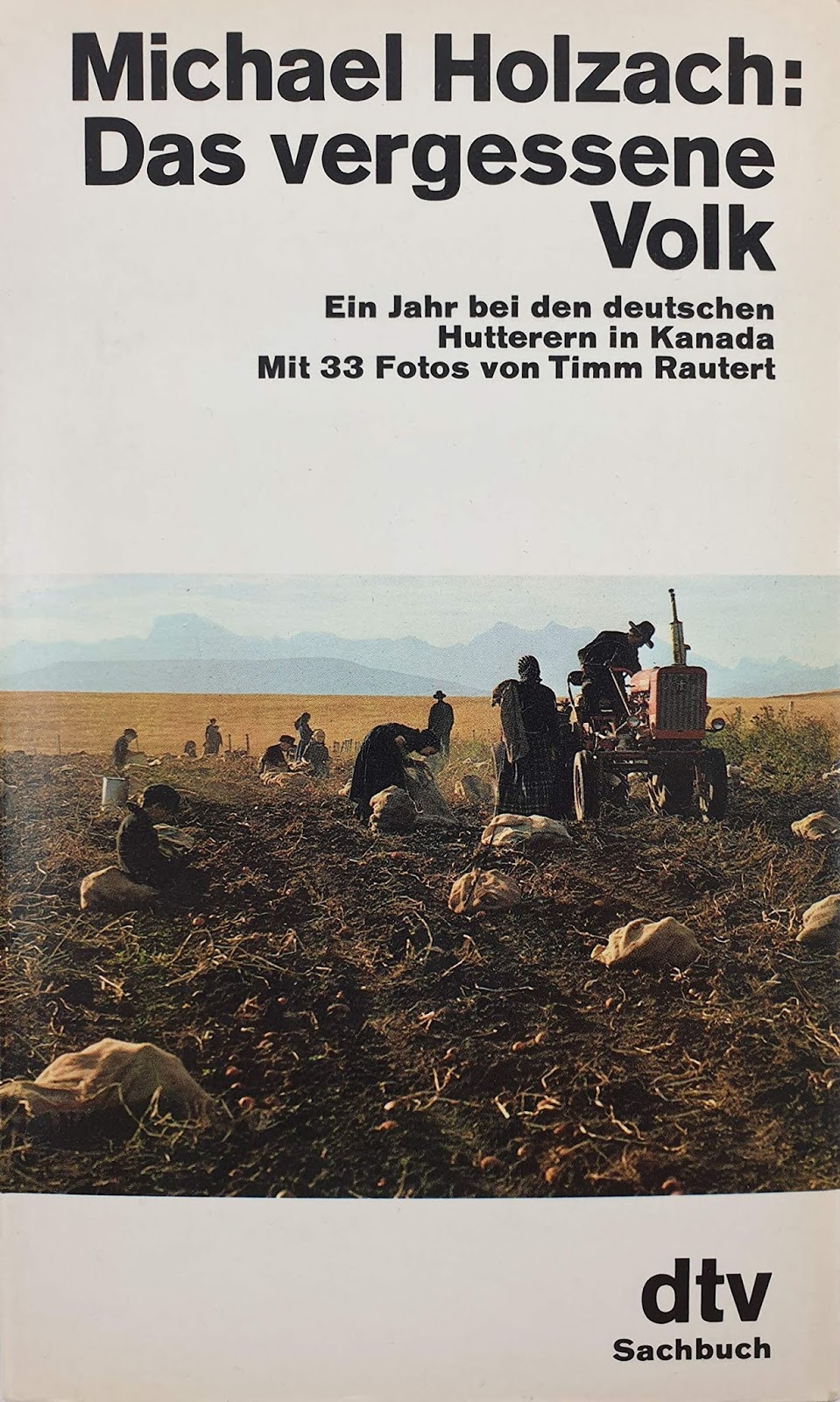 A friend of mine found this book on her TBR pile. She told me about it and since I had read a book about the Amish ("Plain and Simple" by Sue Bender) before, I said it sounded interesting.

I don't know whether I can compare the different religious groups through these books since the report about the Hutterites is a little earlier and a lot might have changed even there in the last forty years.

Michael Holzach also tells us about the history of the Hutterites and how they came to live in Canada. But mainly, this is a report about his life among the brethren for a whole year. How they live, what they believe, how they try to adhere to their lifestyle. Their main life is founded on the "community of property based on the model of the original Jerusalem community", i.e. all property and proceeds belong to the community and is shared among everyone. You could call them a Christian communist group. Everyone has the same, everything is shared. "Everyone gives what he can and gets where he's in need."

Same as the Amish, they call the people "outside" the "English". They have their own school but get extra education from a Canadian teacher who comes to the farms. Among themselves, they speak a German dialect which is mainly based on Southern German/Austrian dialects mixed with English words (just like high German) but it is quite easy to understand if speak German.

It was a very interesting book to read. I have always thought it would be nice to live in a society where everyone thinks about everyone else, cares for everyone else, nobody feels better than the others … looks like this is what the Hutterites try to do, as well. I don't think I could live quite as restricted as they do but if you don't know any better, this is almost like paradise on earth.

I think I need to find myself a newer book about the Hutterites. While searching for more literature, I found two websites that give more information:
Hutterites
Hutterian Brethren Book Centre

Unfortunately, 15 years later, the author died from a fatal accident while trying to rescue his dog. I think he might have written some more interesting books in addition to this one and "Deutschland umsonst. Zu Fuß und ohne Geld durch ein Wohlstandsland" (Germany for free. On foot and without money through a prosperous country) (1982).

"The author spent the year 1978 with the German Hutterites in North America and wrote a book about his experiences.

Inspired by the reading of Erich Fromm, who described the Hutterites as 'radical humanists' in several of his books, Michael Holzach lived for a year in two brotherly communities in the Canadian province of Alberta at the foot of the Rocky Mountains - almost entirely cut off from the modern world. He worked, prayed and sang with them, the women sewed him the black uniform, the men taught him how to make shoes, castrate piglets, cook soap.

The mother tongue of these 'selected' people is German, but they have never seen Germany. 450 years ago, for the sake of their faith, their ancestors moved to Russia in a painful pilgrimage before emigrating to the United States in 1874. Today 25,000 Hutterites live in 250 settlements off the highways on the North American prairie. Their law book is the Bible. They are strict pacifists and reject any type of private property. Michael Holzach discovered a way of life without social injustice, without consumerism and without violence - primitive Christian communism. But how can a person of the 20th century cope with this leap into the 'Middle Ages'? Are there actually islands of the happy in the 'Sea of Sin'? This report provides answers to the questions of civilization that are pressing us today - found among the forgotten Hutterites."
Posted by Marianne at 11:21