An interesting subject this week. It was nice to dig through the titles of the books I read. I found a few that are even longer than these but they are all in German and not translated. So, here we go. The list is in order of longest to shortest title.
72 letters
O'Farrell, John "An Utterly Impartial History of Britain or 2,000 Years of Upper Calls Idiots in Charge" - 2007
58 letters
Jonasson, Jonas "The Hundred-Year-Old Man Who Climbed Out the Window and Disappeared" (Swedish: Hundraåringen som klev ut genom fönstret och försvann) - 2009
44 letters
Sterne, Laurence "The Life and Opinions of Tristram Shandy, Gentleman" - 1759-67
Smiley, Jane "The All-true Travels and Adventures of Lidie Newton" - 1998
Gavalda, Anna "I Wish Someone Were Waiting for Me Somewhere" (French: Je voudrais quelqu’un m’attende quelque part) - 1999
41 letters
Haddon, Mark "The Curious Incident of the Dog in the Night-time" - 2003
Dallaire, Roméo "They Fight Like Soldiers, They Die Like Children: The Global Quest to Eradicate the Use of Child Soldiers" - 2010

37 letters
Shaffer, Mary Ann & Barrows, Annie "The Guernsey Literary & Potato Peel Society" - 2008
Can you find longer titles in your lists? I'm sure there must be some. Even though I doubt anyone of us would have read this one: 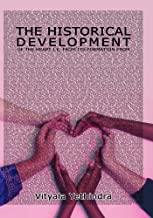 The longest title of a book according to the Guinness Book of Records consists of 26,021 characters, and was achieved by Vityala Yethindra (India) in Bishkek, Kyrgyzstan, on 20 March 2019. It starts with "The historical development of the Heart i.e. from its formation from ... Solutions and answers of above questions, material and topics are included and cleared in this book.". (Find the whole title here.)
Posted by Marianne at 09:57