Top Ten Tuesday ~ Characters Whose Job I Wish I Had

This week's topic is: Characters Whose Job I Wish I Had
(maybe not even because the job sounds fun, but maybe the co-workers are cool or the boss is hot?)

This is a topic quite close to my heart. I would have loved to be a teacher. Unfortunately, my parents didn't have the means to support me and they were too afraid to let me do it on my own since they didn't grow up in academic circles. That's one of the reason why I'm such an advocate for free education, makes it a little more equal and easier for kids growing up in families that can't help them.
However, I have helped out a lot in school when my boys were there and I even "taught" some support classes plus I taught religion at church, so I know a little bit about the job to know that it's not all fun and games.

A lot of the books I read have teachers in them. I have searched for some extraordinary stories surrounding those who chose the profession. Sometimes, they are put in a difficult position (e.g. Lamb, Nafisi, Shriver), sometimes they find great ways to teach their children something spectatular (esp. Rhue). If you are looking for more books with a teacher, go to my "Teacher" link here. 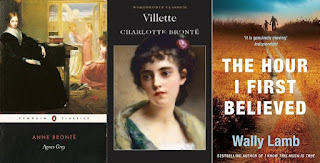 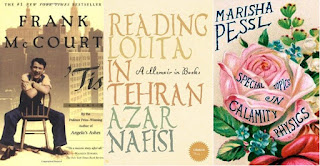 My hero of all these teachers is Ben Ross though some of the others have been pretty great, as well.
Posted by Marianne at 11:33