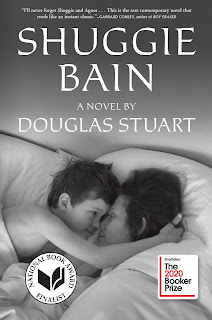 #6Degrees of Separation: from Shuggie Bain (Goodreads) to Dream of the Read Chamber.

This month’s prompt starts with Shuggie Bain by Douglas Stuart. 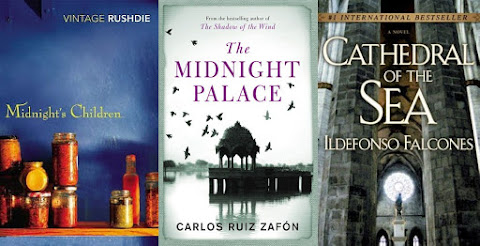 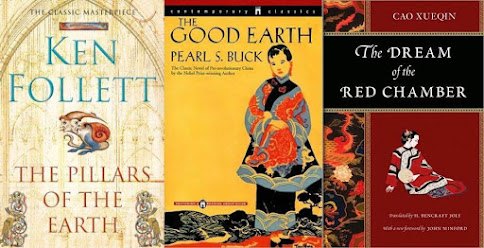 There are several ways to tackle this challenge. I first tought about going from Scotland around the British Isles. My next idea was to go by the author's name. But in the end I decided to start with the fact that this is a Booker prize winner. What better novel to start with than the "Booker of Bookers".

My next thought was about a book by a favourite author of mine that also takes place in India (as opposed to his usual stories from his home country, Catalonia/Spain).

Thinking about Spain, there is another author who writes about historic Spain, starting with Barcelona in the 14th century. They build a cathedral there.

Which brings me to my next book where the build a cathedral in England. This is now a tetralogy. I must read the next one.

And a book with "earth" in the title always makes me think about one of the most famous books by one of my first favourite authors.

Since we are in China already, I had to think about a poster I received lately from my son. It shows the biggest novels of every country and I was surprised that I'd read the one from this ancient country.

And so we've made a trip around the word. From India to Spain to England and then to China.