Bulgakov, Michail "The Master and Margarita" 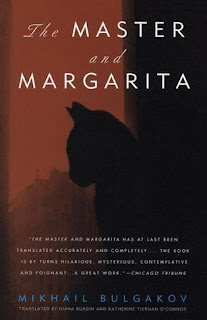 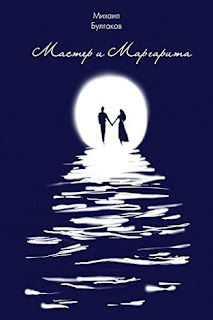 When the last "classics spin" number was drawn, I got this book to read. One of my blogger friends (Emma from Words and Peace) recommended I read an edition with many annotations. Since I had the book already (I bought it a couple of years ago when Russia was the theme of a German book fair) and it had no annotations, I searched the net and there are some great sites that explain all the meanings of almost every sentence meticulously.

These pages were especially helpful:
Master & Margarita (in several languages)
Along with much information on the novel, you will also find on this site different films and TV-series based on The Master and Margarita, and subtitled in English by your webmaster.
LitCharts (including a study guide)
Get Abstract (in German)
Inhaltsangaben 24 (in German)

And then there are some good blog posts about the book (I happily include yours if you let me know the link):
Words and Peace, one of my favourite blogs, Emma has a very diverse page and always gives the greatest tips.
Resolute Reader
A Guy’s Moleskine Notebook who reviewed it even twice, first here and then here.

Those sites were very helpful to understand the background of the novel but I think I would have enjoyed it just by itself, as well. And I surely could see some of the links to the Soviet Union. However, being interested in all these subjects, history, politics, religion, it made it even more fascinating.

What a book. Of course, from authors like Bulgakov, you foresee criticism of the Soviet State, it's expected. Bureaucracy is just as much criticized as oppression and everything that deviates from Karl Marx' original idea of communism.

But this book has so many more layers. There is a novel within the novel about Pontius Pilate and Jesus' last days, his friends and foes. The way, the two stories come together, is quite fascinating. There is a huge amount of references to both literature and history.

The book definitely gives us a lot of food for thought. The devil comes visiting Moscow together with some ominous companions, one of them a big black cat. As a result, the whole city is upside down.

I don't think it is possible to explain the concept of the book to anyone. You have to read it yourself, and if you really want to get down to the nitty-gritty, definitely have to read it with explanations. It's part fairy tale, part mystic realism, definitely political criticism, part comedy, part tragedy. It's not the easiest of reads but definitely one of the most worthiest.

And it certainly is one of the books I will want to read again.

"Surely, no stranger work exists in the annals of protest literature than The Master and Margarita. Written during the Soviet crackdown of the 1930s, when Mikhail Bulgakov's works were effectively banned, it wraps its anti-Stalinist message in a complex allegory of good and evil. Or would that be the other way around? The book's chief character is Satan, who appears in the guise of a foreigner and self-proclaimed black magician named Woland. Accompanied by a talking black tomcat and a "translator" wearing a jockey's cap and cracked pince-nez, Woland wreaks havoc throughout literary Moscow. First, he predicts that the head of noted editor Berlioz will be cut off; when it is, he appropriates Berlioz's apartment. (A puzzled relative receives the following telegram: "Have just been run over by streetcar at Patriarch's Ponds funeral Friday three afternoon come Berlioz.") Woland and his minions transport one bureaucrat to Yalta, make another one disappear entirely except for his suit, and frighten several others so badly that they end up in a psychiatric hospital. In fact, it seems half of Moscow shows up in the bin, demanding to be placed in a locked cell for protection.

Meanwhile, a few doors down in the hospital lives the true object of Woland's visit: the author of an unpublished novel about Pontius Pilate. This Master - as he calls himself - has been driven mad by rejection, broken not only by editors' harsh criticism of his novel but, Bulgakov suggests, by political persecution as well. Yet Pilate's story becomes a kind of parallel narrative, appearing in different forms throughout Bulgakov's novel: as a manuscript read by the Master's indefatigable love, Margarita, as a scene dreamed by the poet - and fellow lunatic - Ivan Homeless, and even as a story told by Woland himself. Since we see this narrative from so many different points of view, who is truly its author? Given that the Master's novel and this one end the same way, are they in fact the same book? These are only a few of the many questions Bulgakov provokes, in a novel that reads like a set of infinitely nested Russian dolls: inside one narrative there is another, and then another, and yet another. His devil is not only entertaining, he is necessary: "What would your good be doing if there were no evil, and what would the earth look like if shadows disappeared from it?"

Unsurprisingly - in view of its frequent, scarcely disguised references to interrogation and terror - Bulgakov's master work was not published until 1967, almost three decades after his death. Yet one wonders if the world was really ready for this book in the late 1930s, if, indeed, we are ready for it now. Shocking, touching, and scathingly funny, it is a novel like no other. Woland may re-attach heads or produce 10-ruble notes from the air, but Bulgakov proves to be the true magician here. The Master and Margarita is a different book each time it is opened. - Mary Park"

It's always interesting to see the different kind of covers from different countries or different times but this one has as many fascinating editions, I just had to put a few together. You can find them all on Goodreads. I think it shows the diversity of the book and how different people perceive it. 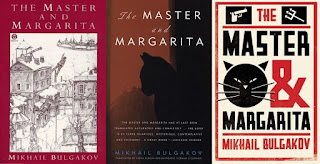