This week's topic is: Book Quotes that Fit X Theme
(Pick any theme you want, i.e., motivational quotes, romantic dialogues, hunger-inducing quotes, quotes that fill you with hope, quotes on defeating adversity, quotes that present strong emotions, healing, etc. and then select quotes from books that fit that theme.) 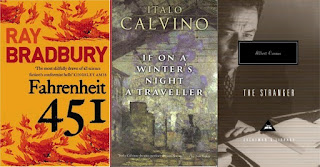 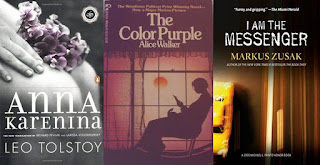 "You are about to begin reading Italo Calvino's new novel, If on a winter's night a traveler."
Calvino, Italo "If on a Winter’s Night a Traveller" (Italian: Se una notte d’inverno un viaggiatore) - 1979

"Whether I shall turn out to be the hero of my own life, or whether that station will be held by anybody else, these pages must show."
Dickens, Charles "David Copperfield" - 1850

"They say when trouble comes close ranks, and so the white people did."
Rhys, Jean "Wide Sargasso Sea" - 1966 (Prequel to "Jane Eyre" by Charlotte Brontë)