Bryson, Bill "Made in America" 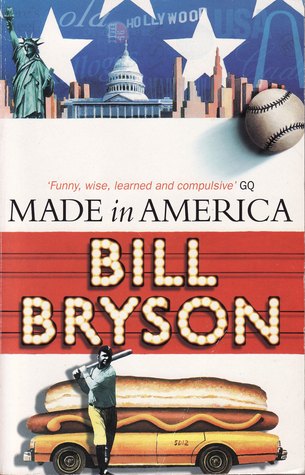 Bryson, Bill "Made in America: an Informal History of the English Language in the United States" - 1998

I love Bill Bryson, simply love him. His travel books are hilarious and informative. But he hasn't just written travel books. He has also written books about other subjects, e.g. the English language. After explaining in "Mother Tongue" how the English language got the way it is, he informs us here about the difference between the British English and the American English and how it got the way it is. Again, in his own unique and funny way but with a lot of information.

From the back cover:
"Bill Bryson turns away from the highways and byways of middle America, so hilariously depicted in his best selling The Lost Continent, for a fast, exhilarating ride along the route 66 of American language and popular culture.

In Made in America, Bryson de-mythologises his native land - explaining how a dusty desert hamlet with neither woods nor holly became Hollywood, how the Wild West hasn't won, why Americans say 'lootenant' and 'Toosday', how Americans were eating junk food long before the word itself was cooked up - as well as exposing the true origins of the G-string, the original $64,000 question and Dr Kellogg of cornflakes fame."

I love all of Bill Bryson's books. Find a link to my reviews here.
Posted by Marianne at 11:12