Petterson, Per "Out Stealing Horses" 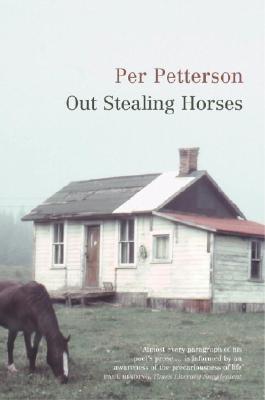 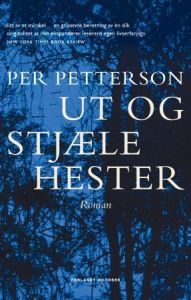 "A moving tale about feelings of isolation and of the painful loss of innocence and of traditional ways of life gone for ever."

Interesting story. A man reflects on his life. The novel starts in Norway's forests and it ends there. But it could have been anywhere. After his wife dies, a man goes back to a place he spent a summer in his youth. He is coming to terms with so many events in his life. Death, divorce, tragedies, growing up, growing old.

Like so many other Scandinavian writers, this book is moving slowly but in no way a tedious read. It is one that you want to go back to, that will stay with you for a long time. I am looking forward to more books of this author.

From the back cover:
"In 1948, when he is fifteen, Trond spends a summer in the country with his father. An early morning adventure out stealing horses leaves Trond bruised and puzzled by his friend Jon's sudden breakdown. The tragedy which lies behind this scene becomes the catalyst for the two boys' families gradually to fall apart.

As a 67-year-old man, and following the death of his wife, Trond has moved to an isolated part of Norway to live in solitude. But a chance encounter with a character from the fateful summer of 1948 brings the painful memories of that year flooding back, and will leave Trond even more convinced of his decision to end his days alone. "
Posted by Marianne at 15:09