Schmitt, Éric-Emmanuel "Monsieur Ibrahim and the Flowers of the Koran" 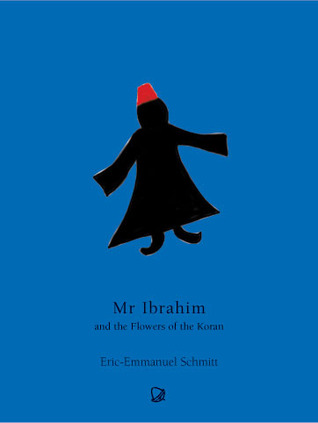 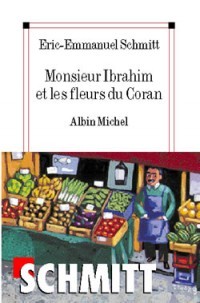 What a wonderful story. A young Jewish boy in Paris meets a Muslim grocery store owner. The two of them enter a father-son like relationships. A simple story, quite an easy read, as well. And yet, there is so much to this. Wonderful language, a lot of wisdom from both the religions. Éric-Emmanuel Schmitt manages to put that all together and create a very compassionate story.

I read this book in the French original but I've heard the translation is quite good, too.

We discussed this in our book club in May 2016.

"Paris in the 1960s. Thirteen-year-old Moses lives in the shadow of his less-than loving father. When he's caught stealing from wise old shopkeeper Monsieur Ibrahim, he discovers an unlikely friend and a whole new world. Together they embark on a journey that takes them from the streets of Paris to the whirling dervishes of the Golden Crescent.

This delightful, moving play has already been a huge hit in Paris and New York. Performed in thirteen countries and published in twelve languages, it is also an award-winning film starring Omar Sharif.

Monsieur Ibrahim and the Flowers of the Qur'an received its UK premiere at the Bush Theatre on 17 January 2006."

I later read "Oscar and the Lady in Pink" (Oscar et la dame rose) and liked this just as much.
Posted by Marianne at 16:36