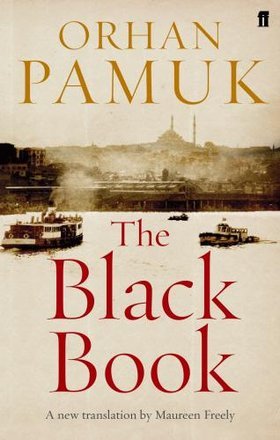 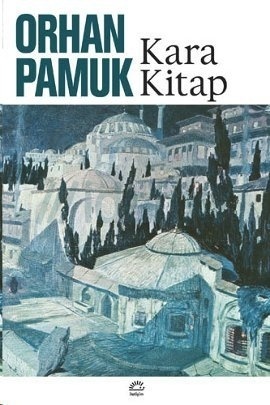 A man is looking for his wife who disappeared. He is roaming the streets of Istanbul in order to look back at their past. He mainly relies on the help of two columnists. That is about the plot of this story. But there is so much behind it, so many "meetings", present meets past, East meets West, religion meets secularism.

Orhan Pamuk manages to describe his home town in such a way that you really want to visit it (again), he makes it so interesting, the changing of people and cultures. This book is not just one novel, it's many short stories intertwined with each other, different people telling the story, part of it written by the two columnists so that you have different voices throughout the novel.

As with his other books, I really enjoyed the book of this outstanding author.

From the back cover:
"Galip is a lawyer living in Istanbul. His wife, the detective novel–loving Ruya, has disappeared. Could she have left him for her ex-husband or Celâl, a popular newspaper columnist? But Celâl, too, seems to have vanished. As Galip investigates, he finds himself assuming the enviable Celâl's identity, wearing his clothes, answering his phone calls, even writing his columns. Galip pursues every conceivable clue, but the nature of the mystery keeps changing, and when he receives a death threat, he begins to fear the worst.

With its cascade of beguiling stories about Istanbul, The Black Book is a brilliantly unconventional mystery, and a provocative meditation on identity. For Turkish literary readers it is the cherished cult novel in which Orhan Pamuk found his original voice, but it has largely been neglected by English-language readers. Now, in Maureen Freely’s beautiful new translation, they, too, may encounter all its riches."

Further fantastic readings: "My Name is Red" and "Istanbul - Memories of a City"

I contribute to this page: Read the Nobels and you can find all my blogs about Nobel Prize winning authors and their books here.
Posted by Marianne at 11:18