Oz, Amos "A Tale of Love and Darkness" 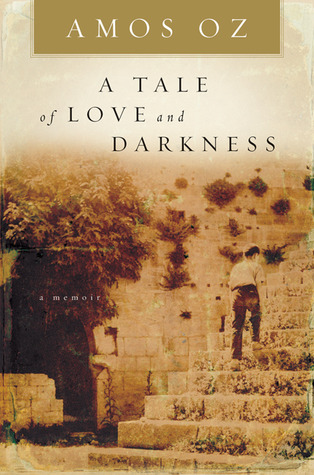 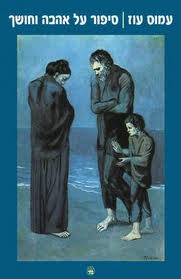 Amos Oz, an Israeli writer and journalist, born 1939 in Jerusalem, grew up in the early days of the new state in a very academic family from Lithuania, one of the many families who had to flee Europe at the eve of the most terrible war ever.

In this book, he doesn't just tell us about the early days of the new Jewish state and how he grew up, he also reminisces on the past of Jewish culture, literature, language and, more importantly, on his mother's depression and suicide. He has an amazing, very sensitive way to explain not just his own troubles as a child and young man which eventually leads him to a kibbutz where he spends more than thirty years of his life but also the struggles all the adults going through in that time, a lot of them not finding employment in their specialist areas, all of them losing their lives as they knew it.

This is not just the story of a young man and his family, it's a saga about the whole Jewish people from Europe to Israel. Despite all the troubles they went through, this is a very loving story told with much emotion about some very moving subjects.

From the back cover:
"Tragic, comic, and utterly honest, this extraordinary memoir is at once an engrossing family saga and a magical self-portrait of a writer who witnessed the birth of a nation and lived through its turbulent history.

Amos Oz takes us on a bold journey through his childhood and adolescence - with a quixotic child's-eye view of Jerusalem's war-torn streets in the forties and fifties - and into the infernal marriage of two kind, well-meaning people: his fussy, logical father and his dreamy, romantic mother. Caught between them is one small boy with the weight of generations on his shoulders. At the heart of this moving story is the suicide of his mother when Oz was twelve-and-a-half years old. Soon after, still a gawky adolescent, he turns his back on his father, leaves home, joins a kibbutz, and changes his name.

The story covers 120 years of family history, a tale full of loneliness and loss, of laughter and farce, that moves between Russia and Jerusalem, Poland and Tel Aviv, Lituanian and Ukranian villages, Kibbutz Hulda on Israel's coastal plane and Arad in the Negev Desert. In search of the remote roots of his family tragedy, Oz reveals the secrets and skeletons of four generations of Chekhovian dreamers, scholars, failed businessmen, fierce women, world reformers, old-world womanizers, and rebellious black sheep.

And so from the depths of sorrow ina small boy's life evolves the stunning chronicle of a people and the extraordinary story of a great writer's beginnings."

Amos Oz received the Peace Prize of the German Book Trade (Friedenspreis) in 1992.
Posted by Marianne at 14:47