Pamuk, Orhan "My Name is Red" 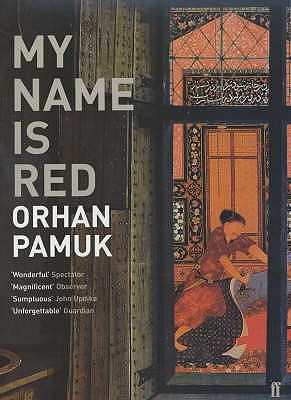 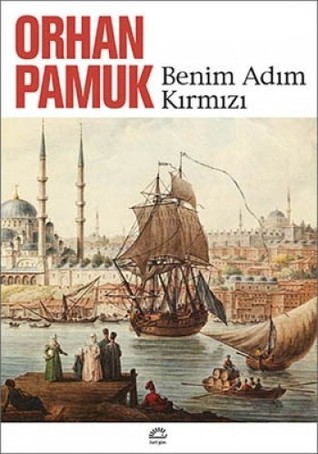 Every year, when the new Nobel prize winners are announced, I wait eagerly for literature recipient. Seldom have I been disappointed with their books. This year was no exception, on the contrary.

Orhan Pamuk is one of those rare authors who seem to have reinvented the art of writing. His style is quite unique. Even though he settles his story in the 13th century, it applies to actual problems and facts in a way nobody else seems to be able to do. I have since read quite a few of his books, he is absolutely fabulous.

The narrator of the novel changes in every chapter which gives you an insight into the whole story that is beyond comparison. You don't just get the view of quite a few of the characters (including the person who gets murdered right at the beginning of the story) but also of animals and the painting around which the story revolves. This novel doesn't just give you an insight into Islam and art, a tour around Istanbul and life 700 years ago, it is an expression of the quest for the meaning of life.

A wonderful author. One of my favourites.

And here is a brief compilation of our discussion in the book club (years after I read this for the first time). There are a couple of small spoilers in there, so if you haven't read the book, you might not want to read this.

There were a lot of topics, not such an easy read. Many characters, lots of unexpected situations and philosophies. It was not just a murder mystery, there are so many layers. Someone found the book too large. We liked the chronology in the back of the book, unfortunately, it wasn't in all the different editions.

The book didn't grip you right away, only after about 100 pages does it get really interesting. Great writing. No doubt. The author obviously likes to shock his readers. Some couldn't put it down after a while, others still didn't finish it.

His language is quite florid, like Persian that was at its peak at that time, then the arts fell out of favour.

The author uses imagery very well, very colourful writing. He compares the art of the Eastern and Western world, the different way of painting, the religion and culture. Miniaturist Painting was prevalent though that region and time. Art, science, philosophy, concept of making everything realistic is going out of fashion, everything is more abstract now, see the pointillism. Orhan Pamuk wanted to be an artist, he educates us about art history. We enjoyed learning about the art part, depending on who was speaking, seeing how dedicated they were. The descriptions of Istanbul were very good, those of us who had been there enjoyed it especially. We would like to read something else about that time period.

His look at the world is fascinating.

We also had a talk about different cultures and how much they should assimilate when in a foreign country. We agreed that nobody should give up their own culture (but definitely abide by the law of the host country) but try to bring them together, social media is a good help.

We had a discussion about why they always use beautiful young boys or men for their pleasure.
We also wondered why Osman pierced his eyes.

Most of us were surprised who the murderer was.

From the back cover:
"In the late 1590s, the Sultan secretly commissions a great book: a celebration of his life and his empire, to be illuminated by the best artists of the day - in the European manner. At a time of violent fundamentalism, however, this is a dangerous proposition. Even the illustrious circle of artists are not allowed to know for whom they are working. But when one of the miniaturists is murdered, their Master has to seek outside help. Did the dead painter fall victim to professional rivalry, romantic jealousy or religious terror?

With the Sultan demanding an answer within three days, perhaps the clue lies somewhere in the half-finished pictures . . . Orhan Pamuk is one of the world's leading contemporary novelists and in My Name is Red, he fashioned an unforgettable tale of suspense, and an artful meditation on love and deception."

I contribute to this page: Read the Nobels and you can find all my blogs about Nobel Prize winning authors and their books here.
Posted by Marianne at 11:17