This week, we get a Freebie which means we don't even have to twist the topic to fit for us, we can choose it ourselves.

I read recently, that 10 % of all books are published in German. Does that mean that every read has read 10 % books by German writers? Probably not. But, if you would like to read something from Germany (or Austria or Switzerland), maybe one of my favourites would suit you.

Of course, I couldn't keep to the given number, as usual. Sorry for that. 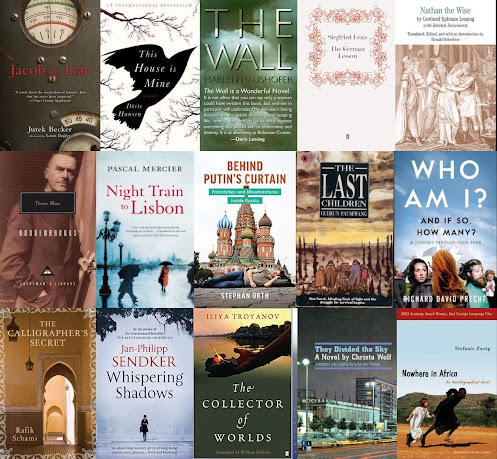 And if you speak German, here is my German blog with a lot more German books on this list and my list with German books from this blog.