This week, our topic is Books With a Unit of Time In the Title (seconds, minutes, hours, days, weeks, months, years, eternity, etc.)

What a lovely idea. And what an easy way to find the books, I just had to go through my reading list and search for the appropriate units, starting with seconds. So, here we go: 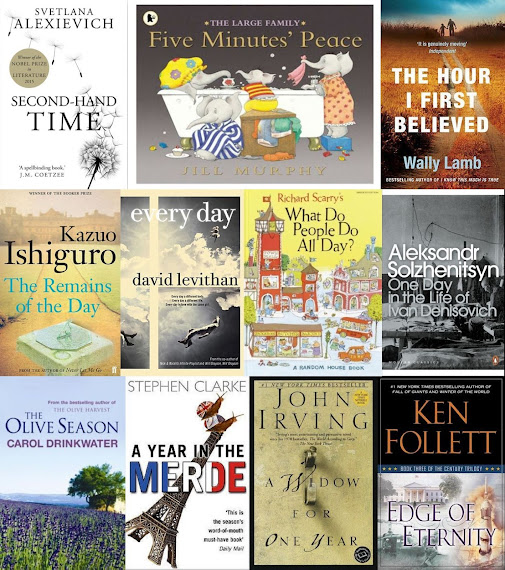 Did anyone notice that I cheated? Top Eleven. Of course, I could have left out "eternity" or any of the others but after I found them, I thought they all deserve a place in the list.

I hope, everyone else had it as easy as I did this time. I always enjoy seeing other lists and discover new books. Not that any of us needs any.