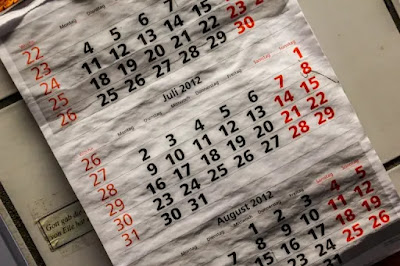 10 years ago this month, The Classic Club Blog was born! I don't remember when I first joined but it can't have been much later than that.

To celebrate 10 years of blogging about Classics, the moderators have put together a list of questions.

Here are the rules:
Share a link to you blog and/or classic club list/s.
Answer the 10 questions below.
As always we are very flexible about how and when you do this.
Tweek, add or subtract the questions to suit you best.
Have fun!

The Questions
When did you join the Classics Club?
What is the best classic book you’ve read for the club so far? Why?
What is the first classic you ever read?
Which classic book inspired you the most?
What is the most challenging one you’ve ever read, or tried to read?
Favourite movie adaptation of a classic? Least favorite?
Which classic character most reminds you of yourself?
Has there been a classic title you expected to dislike and ended up loving? Respecting? Appreciating?
Classic/s you are DEFINITELY GOING TO MAKE HAPPEN next year?
Favorite memory with a classic and/or your favourite memory with The Classics Club?

Before I get to my answers, I found the questions quite tough. But I tried to answer all of them as faithful as I could. 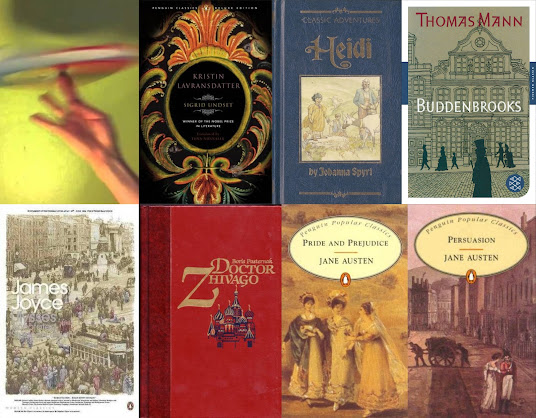 When did you join the Classics Club?
Must have been shortly after they started because my first ever mentioning them is from 2012

What is the best classic book you’ve read for the club so far? Why?
Undset, Sigrid "Kristin Lavransdatter" (NO: Kristin Lavransdatter) - 1920-22
I absolutely loved reading about a woman even before the middle ages and how their lives was. And the fact that this book was written a hundred years ago makes it even more interesting.

What is the first classic you ever read?
Spyri, Johanna "Heidi" (GE: Heidis Lehr- und Wanderjahre + Heidi kann brauchen, was es gelernt hat) - 1880/81
This was the first "real" book I ever owned. It wasn't a hundred years old because it was in 1965, I was in second grade and just had my appendix removed and my parents gave it to me as a present.

Which classic book inspired you the most?
Mann, Thomas "Buddenbrooks: The Decline of a Family" (GE: Buddenbrooks) - 1901
This book doesn't just happen in my part of the world, I could draw so much from the experience of the people in it, especially the women. I did not make the same mistakes.

What is the most challenging one you’ve ever read, or tried to read?
Joyce, James "Ulysses" - 1922
Very challenging but very deserving.

Favourite movie adaptation of a classic? Least favorite?
That's a tough one. Movie adaptation or tv series? For the former, I'd probably go for
Pasternak, Boris "Doctor Zhivago" (RUS: Доктор Живаго) - 1957 (this one from 1965 with Omar Sharif)
for the latter:
Austen, Jane "Pride & Prejudice" - 1813 (The Motherhood and Jane Austen) (this one from 1995 with Colin Firth)
Those are my favourites, of course. Worst, oh my, I could name so many.

Which classic character most reminds you of yourself?
Anne Elliot
Austen, Jane "Persuasion" - 1817 (The Motherhood and Jane Austen)
It's hard to explain but I was the only girl among boys (and the eldest), so my duties in the family were very much like Anne's. And with my background, my chances were probably even lower to begin with. Only, it was a little easier for me to get out of that circle through education.

Has there been a classic title you expected to dislike and ended up loving? Respecting? Appreciating?
I love classics and have never thought I would dislike one before I touched it. However, I have read some that I ended up not liking.