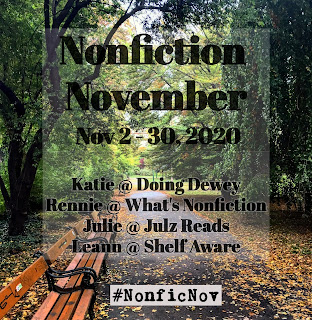 Leann from Shelf Aware and Julie from julzreads have given Non-fiction November a new twist.

It's the end of November and also the end of Non-fiction November. To round this up, Leann from Shelf Aware has published a podcast. If you're interested, have a listen here.

Also, she has done a photo challenge. It wasn't my month, so I didn't take any pictures but I have read so many non-fiction books over the years that I thought I'll give you a list instead. Some of the books are older, that's when I haven't read a book in 2020 that fits into the category. 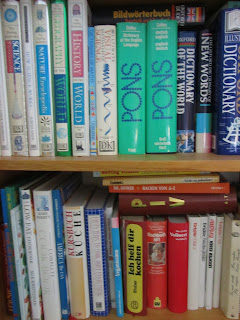 
I know, I know, some of them seem a little far-fetched but those are the closest I could find to the themes. I would love to see your suggestions.

Note to self: Read more self-help books so I can find some better examples next year (we all know that's NOT going to happen, though).
Posted by Marianne at 11:31

Email ThisBlogThis!Share to TwitterShare to FacebookShare to Pinterest
Labels: Non-fiction