This week's topic is: Titles or Covers That Made Me Want to Read/Buy the Book

I don't really buy books because I like the cover or the title but they make me aware of them and then I check whether it would be a good read for me. So, here are a few books that I didn't buy because it was a book club read, winning a prize, someone told me it was a great book, I love the author or whatever but because something drew me to the title or the cover. Often, not always, this was the first book by that author but it always was the first book I bought by them. I loved them all. And quite often, as you can see by the links, this was the beginning of a great "friendship" between me and the author. 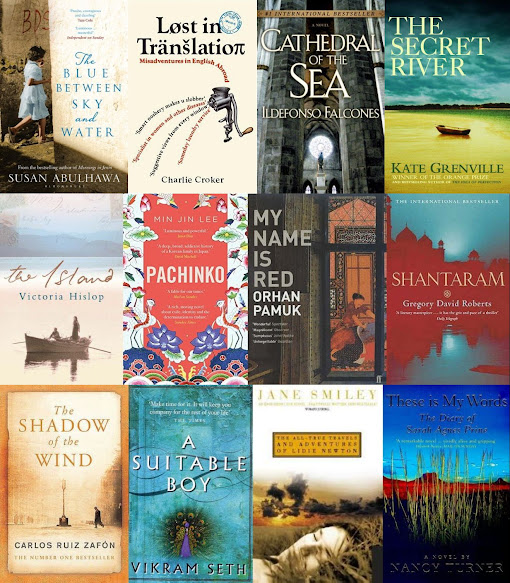 Smiley, Jane "The All-true Travels and Adventures of Lidie Newton" - 1998