Greene, Graham "The End of the Affair" 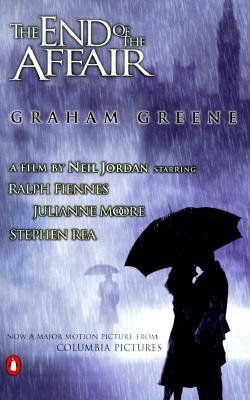 This looks like a simple love affair between a man and a married wife. They live their affair quietly witout being caught until something terrible happens. Greene describes a life of misery for both protagonists and the novel is quite depressing at times. But the writing is wonderful and  the characters seem very real. They are jealous and obsessed, the relationships perfectly described. The story takes place in London during WWII but I think it could happen any time anywhere. This was my first Greene novel and I have now read "Brighton Rock" which I also quite enjoyed.

I read this with my Dutch book club.

From the back cover:
"The novelist Maurice Bendrix's love affair with his friend's wife, Sarah, had begun in London during the Blitz. One day, inexplicably and without warning, Sarah had broken off the relationship. It seemed impossible that there could be a rival for her heart. Yet two years later, driven by obsessive jealousy and grief, Bendrix sends Pakris, a private detective, to follow Sarah and find out the truth."
Posted by Marianne at 16:01