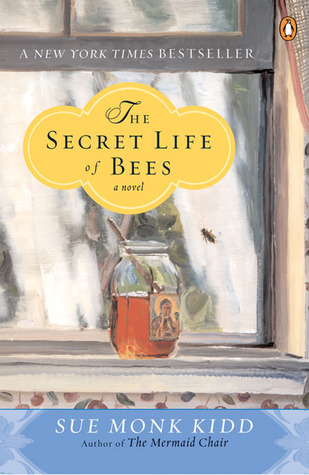 The story of Lily from South Carolina, an abused child who lost her mother, and three African-American beekeeping sisters who help her growing up. A very interesting novel about different kind of people who come to terms with different kinds of troubles. All the really strong characters of this story are women who have to get through their struggles with life.

Even though this novel is probably more typical for the southern part of the U.S., it is a good portrayal of women and their possibilities. I liked the warmth of the novel, even the descriptions of the bad parts left you with a comfortable feeling in the end.

This was also turned into a movie. I'm not sure whether I see Dakota Fanning (though I quite like her) as Lily, the main character, I had pictured her completely different.

We discussed this in our book club in August 2004.

Book Description:
"Lily has grown up believing she accidentally killed her mother when she was four. She not only has her own memory of holding the gun, but her father's account of the event. Now fourteen, she yearns for her mother, and for forgiveness. Living on a peach farm in South Carolina with her father, she has only one friend: Rosaleen, a black servant whose sharp exterior hides a tender heart. South Carolina in the sixties is a place where segregation is still considered a cause worth fighting for. When racial tension explodes one summer afternoon, and Rosaleen is arrested and beaten, Lily is compelled to act. Fugitives from justice and from Lily's harsh and unyielding father, they follow a trail left by the woman who died ten years before. Finding sanctuary in the home of three beekeeping sisters, Lily starts a journey as much about her understanding of the world, as about the mystery surrounding her mother."
Posted by Marianne at 15:32