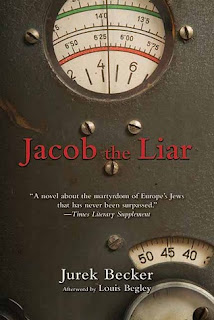 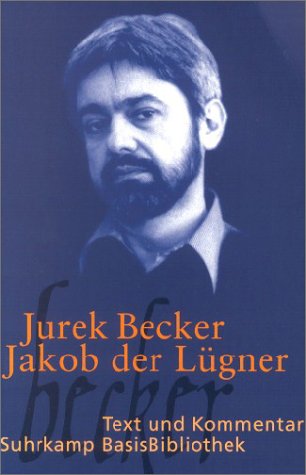 I have known the author of this book through other works, e.g. his television series in Germany. His stories have always been good but this is the best work of his life. An occupant of the Warsaw ghetto tries to help his fellow Jews sustain life by telling them lies about the Russians being almost there to liberate them. The way this ordinary guy who has just as much to lose as everyone else is motivating people in their most desperate moments is so captivating.

Anyway, the book is really great, the attempt of the author to describe the people's very soul in times of challenge is unique and he does a superb job with this. There is a movie which I haven't seen but it's supposed to be good, as well.

They have made this into a movie with Robbin Williams as Jacob but I haven't seen it.

"One of the most remarkable novels of the Holocaust ever written, Jakob the Liar is a tale of everyday heroism and the extraordinary power of illusion. Set in an unnamed German-occupied ghetto, the story centers on an unlikely hero, Jakob Heym, who accidentally overhears news of vital importance: the Russians are advancing on a city three hundred miles away. As Jakob's tidings rekindle hope and the promise of liberation, he feels compelled to elaborate. Forming a protective bond with a young orphan girl, Jakob becomes caught in his own web of optimistic lies. Awarded Germany's prestigious Heinrich Mann Prize for fiction and in a new translation by Leila Vennewitz, Jakob the Liar is a masterpiece of Kafkaesque comedy which unfolds with the impact of a timeless folk legend."
Posted by Marianne at 20:32