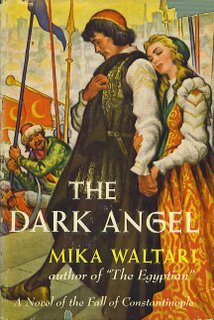 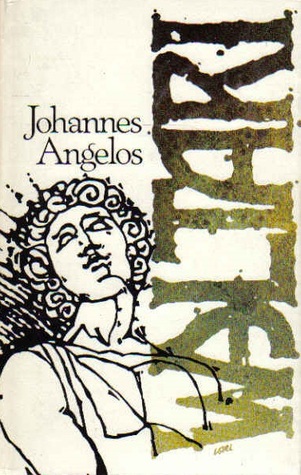 After having read "The Egyptian" by the same author, our book club decided to read this one a year later as long as our Finnish member was still here, especially since this was the one book she has read more often than any other book. A lot of Mika Waltari's novels have a religious background, there is always an issue of faith in his books. His language is great and he teaches a lot about churches and the background of their history. His books are very detailed and accurate, especially this one is so well drawn together. Most of his books cover different cultures, different religions, powerful, greedy people, but they also show that love conquers all. All the different human qualities were represented in the different characters.

"The Dark Angel" is situated in Constantinople during its fall in 1453. The whole dilemma is explaiend through the eyes of a guy with Greek and Latin ancestors who has lived among the Turkish. A very interesting history book, interwoven with a love story.

We were amazed to learn that the character Anna existed and lived, she emigrated to Venice, and some of the other characters lived, as well. If you visited Istanbul, you might have visited Aya Sofia, it reminds a lot of the Christian and Muslim differences and similarities.

There were so many layers in the book, as usual in historical novels. We thought we learned a lot about the history and the difference between both the Christian and the Islamic faith but also about the Orthodox and the Roman Catholic denominations. One of the causes for the big split between the two Christian churches was the "Filioque clause", the Orthodox don't believe the Holy Spirit derives from the son, so they don't have the sentence "and the son" in their creed.

We discussed this in our book club in May 2007.

From the back cover:
"'Today I am called a spy and the lover of the empires most desirable woman. But no one knows my true identity and no one ever shall.
For it is the year 1453; and here in Constantinople a mighty Christian empire is dying brutally as the Moslem hordes storm its massive wall.'"
Posted by Marianne at 17:50