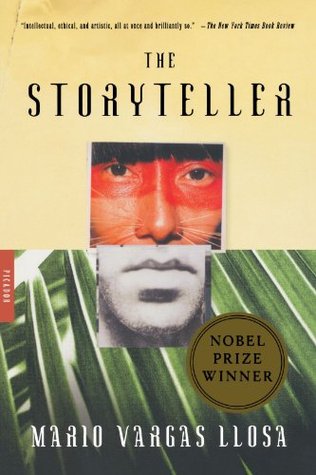 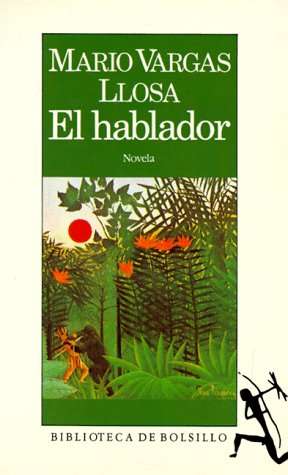 When the latest Nobel Prize winner for Literature was announced, I was quite excited because I had read a book by him recently. A young man leaves Western civilization and lives among the Machiguenga Indians in the jungle of Peru. He becomes their storyteller, a person who passes on their culture's history and belief. The author has a very unique style, quite different from anything I know, the story is both mystical and mythical. A highly interesting novel. I definitely wanted to read more of this interesting author and added "Aunt Julia and the Scriptwriter" to my list of books recently. Just as fascinating.

From the back cover:
"At a small gallery in Florence, a Peruvian writer happens upon a photograph of a tribal storyteller deep in the jungles of the Amazon. He is overcome with the eerie sense that he knows this man...that the storyteller is not an Indian at all but an old school friend, Saul Zuratas. As recollections of Zuratas flow through his mind, the writer begins to imagine Zuratas's transformation from a modern to a central member of the unacculturated Machiguenga tribe. Weaving the mysteries of identity, storytelling, and truth, Vargas Llosa has created a spellbinding tale of one man's journey from the modern world to our origins, abandoning one in order to find meaning in both."

I contribute to this page: Read the Nobels and you can find all my blogs about Nobel Prize winning authors and their books here.
Posted by Marianne at 20:23