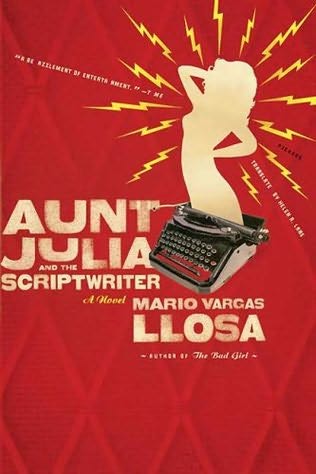 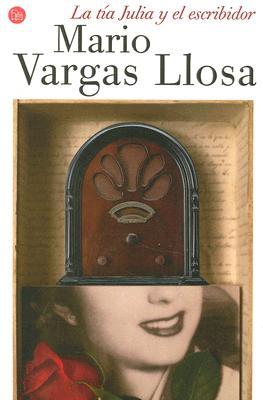 After having read "The Storyteller" by this fascinating author, I had to look for more of his books. In this novel which is based on Mario Vargas Llosa's life, at the age of 18, he meets a sister of his aunt who is 14 years his senior and falls in love with her. At the same time, he works for a Peruvian radio station where a Bolivian scriptwriter adds a lot of excitement to everyone's life.

While telling his own story, he manages to insert quite a few of the novelas the scriptwriter has produced. The book is both funny as well as exciting, a very interesting view on the life of an author. Apparently, Julia Urquidi (Aunt Julia) wrote her own story later "Lo que Varguitas no dijo" (What little Vargas didn't say). Sounds quite interesting, too.

In 1990, a film was made based on this book. The title "Tune in tomorrow" sounds like a very good one.

From the back cover:
"Mario Vargas Llosa's brilliant, multilayered novel is set in the Lima, Peru, of the author's youth, where a young student named Marito is toiling away in the news department of a local radio station. His young life is disrupted by two arrivals.

The first is his aunt Julia, recently divorced and thirteen years older, with whom he begins a secret affair. The second is a manic radio scriptwriter named Pedro Camacho, whose racy, vituperative soap operas are holding the city's listeners in thrall. Pedro chooses young Marito to be his confidant as he slowly goes insane.

Interweaving the story of Marito's life with the ever-more-fevered tales of Pedro Camacho, Vargas Llosa's novel is hilarious, mischievous, and masterful, a classic named one of the best books of the year by the New York Times Book Review."

Mario Vargas Llosa received the Nobel Prize for Literature in 2010 "for his cartography of structures of power and his trenchant images of the individual's resistance, revolt, and defeat".

I contribute to this page: Read the Nobels and you can find all my blogs about Nobel Prize winning authors and their books here.
Posted by Marianne at 20:24