This week, our topic is Books With Your Favorite Trope/Theme

Sometimes it would be nice to have a closer explanation of what the suggestion really means, I have done several about a certain theme:

Top Ten All Time Favourite Books in X Genre. This was one about my favourite classic books.

According to Wikipedia, "a literary trope is the use of figurative language, via word, phrase or an image, for artistic effect such as using a figure of speech."

So, I thought I should check what kind of books fit into a certain category and before even checking my lists, I thought of epistolary novels. I love writing (and receiving) letters (mostly e-mails today but it's about exchanging news via written word rather than social media, so that counts in my opinion) and reading books that are written as letters or diaries is a lot of fun. So, epistolary novels it is.

When I came to choosing which book to put on this list, I found many that were written by people who suffered from a war or other devastating circumstances and that's what I went with. Maybe Mr. Putin should read at least one of those books, it might change his mind. 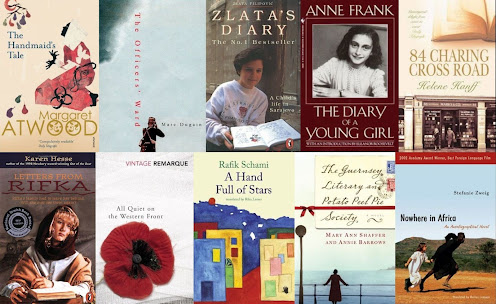