It’s been a month full of amazing non-fiction books! Which ones have made it onto your TBR? Be sure to link back to the original blogger who posted about that book!

📚📚📚
The last week is always both sad and joyful. Sad because Non-fiction November comes to an end. Joyful because we get to look at our TBR piles and see what books we have added lately. I must say, I tend to read the non-fiction books faster than the fiction ones, so there are not that many on my TBR pile but I still had a few to choose from.

Some of the books on my list have not been translated into English [translated title in square brackets and italics]. Yet, I hope. But there are still quite a few that are either English in the original or have been translated. 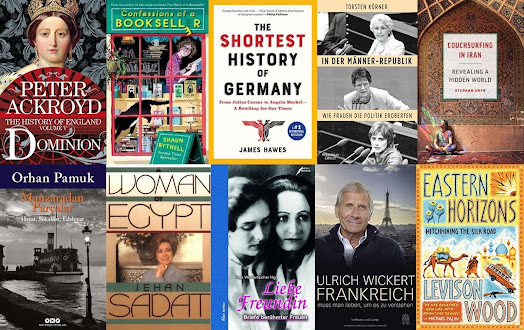 For more information on Nonfiction November check here.
Posted by Marianne at 10:42