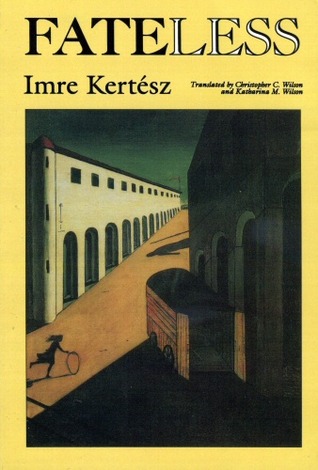 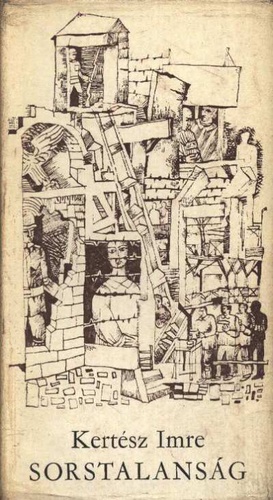 The author is a Holocaust survivor, in fact he was in two of the major concentration camps and as such has a lot to tell about his history. But it's the unique way he chooses to tell us about his early life that makes his work so special. He tells the life of a fifteen year old boy who grows up in Hungary during World War II. Despite a lot of similarities to his own life, the author claims this is only a story based on his life.

Anyway, we see the Nazi regime and the concentration camps through the eyes of a child who doesn't know anything else. This is his life. It is "normal" for him that his father is sent to a labour camp, that his friends disappear, so he is not too surprised when he is sent there, as well. He describes his time in the camp as if everything that happens there is the most normal thing in the world. How awful that must have been! He has more problems adjusting back into normal life when he returns to Budapest after the war where he meets people whose lives went on and who didn't go to the camps.

Apparently, Imre Kertész received a lot of criticism for his "naïve" portrayal of one of the worst genocides that ever happened. I think his writing is very interesting, who knows what a child thinks when they grow up in a crazy world, it's the only world they know. I'm not the only one who thinks so, though, because:

"On his arrival Gyuri finds that he is unable to identify with other Jews, and in turn is rejected by them. An outsider among his own people, his estrangement makes him a preternaturally acute observer, dogmatically insisting on making sense of everything he witnesses."

Imre Kertész received the Nobel Prize for Literature in 2002 "for writing that upholds the fragile experience of the individual against the barbaric arbitrariness of history".

Another interesting book by a Nobel Prize winner on the same topic:
Wiesel, Elie "Night"

I contribute to this page: Read the Nobels and you can find all my blogs about Nobel Prize winning authors and their books here.
Posted by Marianne at 16:59