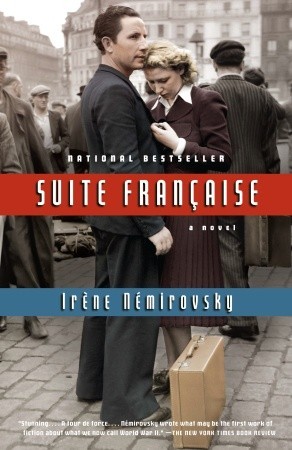 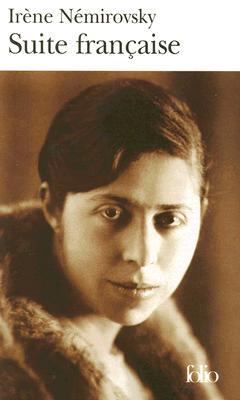 Even though Iréne Némirovsky died in the concentration camp in Auschwitz in 1942, her novel "Suite Française" was only discovered after her daughter wanted to donate all her papers to a French archive and then had it published in 2004, more than sixty years after her far too early death. Originally, she had intended to write this book in five parts, alas, she only managed to finish two of them.

The interesting side of this novel is that it was written during the war when everything was very fresh and nobody knew the outcome, especially not the author. You have the feeling you are there, it is not an account that someone wrote a couple of decades later, it is "now".

The first part describes the flight of the rich people from Paris after the Germans advance toward the city. The second part is situated in a small town during the German occupation. The third part was planned to be about the restiance and then one about the battles and the last about peace. Nice plan, would have been the greatest book about France and its role during the war, if she had been able to finish it.

However, both parts can stand for themselves (even though one or the other person appears again), so you can read it without the missing parts.

If you're at all interested in WWII, read this book. I read the French original but I've been told that the English translation is very good.

From the back cover: "In 1941, Irène Némirovsky sat down to write a book that would convey the magnitude of what she was living through by evoking the domestic lives and personal trials of the ordinary citizens of France. Némirovsky's death in Auschwitz in 1942 prevented her from seeing the day, sixty-five years later, that the existing two sections of her planned novel sequence, Suite Française, would be rediscovered and hailed as a masterpiece.
Set during the year that France fell to the Nazis, Suite Française falls into two parts. The first is a brilliant depiction of a group of Parisians as they flee the Nazi invasion; the second follows the inhabitants of a small rural community under occupation. Suite Française is a novel that teems with wonderful characters struggling with the new regime. However, amidst the mess of defeat, and all the hypocrisy and compromise, there is hope. True nobility and love exist, but often in surprising places."
Posted by Marianne at 12:18