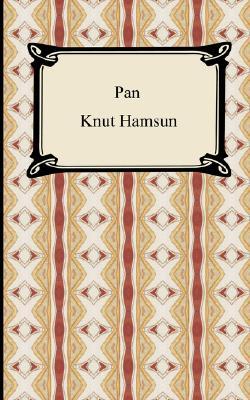 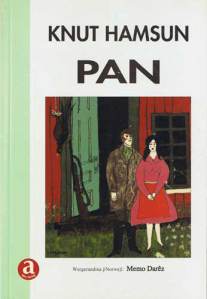 We were lucky to have a Norwegian member who is a huge fan of this author, she was the right mediator between us and the world Knut Hamsun takes us too.

She had a difficult time to choose her favourite book of her favourite author, the other good ones according to her: "Victoria", "Hunger", "Growth of the Soil". She studied this one at school.

It’s fascinating how the author describes nature and makes it come alive. He smells the forest, paints a picture, reminds us of our youth, love, culture, nature, civilization. It’s an echo of childhood and youth for some of us, the inner soul of the human being, he loved to explore that. There is a struggle between opposites, men and women, nature and town, the love story is eminent, there are obstacles, pride, jealousy.

We liked the symbolism and the metaphors, e.g. the changing seasons.

Someone approached the book with an obtuse mind, yet, she could identify.

Conclusion: this tells us something about the dream and the longing, better than the life itself.

And even though not all of us were swept away by the story, we agreed it had been a very interesting read.

The question came up whether his characters in other novels are also dysfunctional? The answer to that: absolutely. He investigates the mind. His love to nature is tremendous, there is some extreme nature above the arctic circle.

Knut Hamsum has and is one of the favourite authors of many of his colleagues, even other Nobel prize recipients like Thomas Mann, Hermann Hesse and Ernest Hemingway. He has influenced all sorts of literature and not just written his own. Definitely deserved his Nobel Prize.

"One of Knut Hamsun's most famous works, "Pan" is the story of Lieutenant Thomas Glahn, an ex-military man who lives alone in the woods with his faithful dog Aesop. Glahn's life changes when he meets Edvarda, a merchant's daughter, whom he quickly falls in love with. She, however, is not entirely faithful to him, which affects him profoundly. "Pan" is a fascinating study in the psychological impact of unrequited love and helped to win the Nobel Prize in Literature for Hamsun."

We discussed this in our book club in March 2011.

Knut Hamsun received the Nobel Prize for Literature in 1920 "for his monumental work, 'Growth of the Soil'".


I contribute to this page: Read the Nobels and you can find all my blogs about Nobel Prize winning authors and their books here.
Posted by Marianne at 17:18