This week's topic is a Freebie 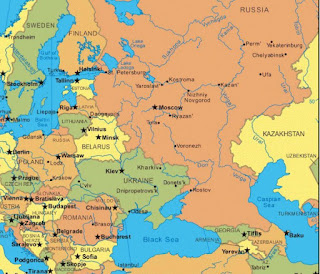 There are always subjects that are interesting and that I just love to follow. But there are also subjects that hardly ever come up, like books from certain countries or books in other languages. One of the most neglected areas in the blogging community is probably Eastern Europe. Except for a few top Russian authors, many are widely unknown, even the ones that were awarded a Nobel Prize (that's why I marked them specially). Therefore, I thought I'd dig up some of the good ones that aren't always in the top lists. Sometimes, there is more than one great book from a country, so I've listed a few more this week. 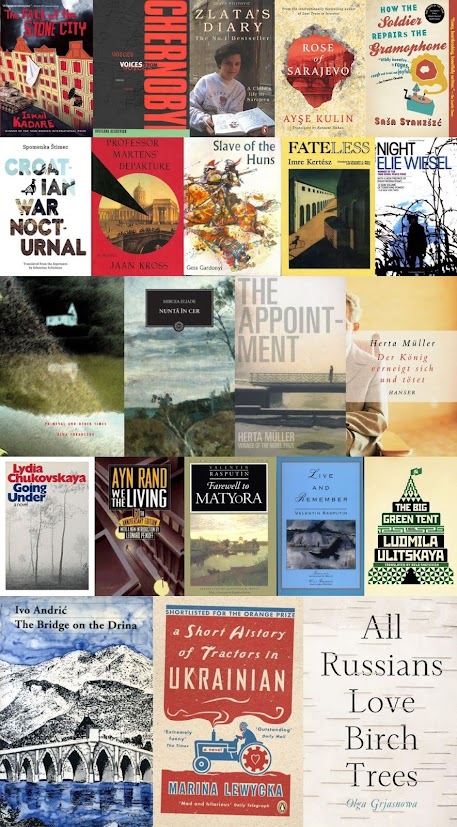 Russia
I left out the most famous ones like Dostoewsky, Gogol, Gorky, Pasternak, Solzhenitsyn, Tolstoy.

Ukraine
Lewycka, Marina "A Short History of Tractors in Ukrainian" - 2005

I know there is always some controversy about where Eastern Europe ends. In my opinion, anything that lies behind Turkey and Russia is Asia but in a lot of lists you find them (and the Caucasus countries like Armenia, Azerbaijan, Georgia and also the Republics of Abkhazia, Artsakh and South Ossetia or the unrecognized state of Transnistria) as belonging to Europe. So, I have included a nice book about Azerbaijan, again written in another language, German, because the author lives there now.

I'm still missing quite a few countries, so if you have any advice on good books from those countries, please let me know.

As you can see, not all the books were written in the language of the respective country. That's partly due to the authors emigrating elsewhere.

After I chose this topic, one of the blogs I follow posted a guide for readers to Eastern Europe. There are some good books in this list.